THE LAW OFFICE OF

Our Practice -
It's About You. 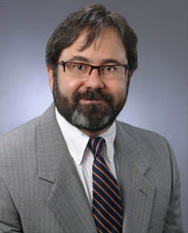 Practically everyone may need estate planning services at some point. By not making a will or estate plans or other advanced written directives, an individual cedes control of their estate and has no say in how their property is divided. Wills, Trusts, and other Advanced Directive Planning can be complex matters which should be thought about thoroughly.

All Real Estate is local. The requirements established by state law differ significantly from one state to the next, and even differ by county to county in New York State. Advice from a competent attorney would likely be helpful.

The laws relating to personal injury matters are designed to allow the injured party to receive compensation for damages caused by someone else’s carelessness, negligence, recklessness, or intentional actions. Advice and Representation from a competent attorney would likely be helpful.

The Law Office of Paul M. Price, Esq. was established by Paul M. Price in June of 1995. Prior to that time Mr. Price was an associate attorney with the firm of Levene, Gouldin & Thompson in Binghamton, New York from 1984 through 1987. Thereafter Mr. Price was an associate attorney and thereafter a partner/shareholder with the firm of Hickey, Sheehan & Gates, PC in Binghamton, New York.

Many times people do not seek the guidance of an attorney for fear that doing so would be too expensive and complicated. At the Law Office of Paul M. Price, Esq., we try to alleviate those fears right away. During the first meeting, you will find out whether your problem requires the assistance of an attorney and what we can do to help. Fees and costs are discussed up front. There is no “guessing” as to what your fee might be for our services.

When you enter our office you will know that we genuinely care about you and your legal concerns. If we cannot give your case the attention it deserves we will tell you so. We do not take cases unless we feel we can devote the resources necessary to attend to them properly.